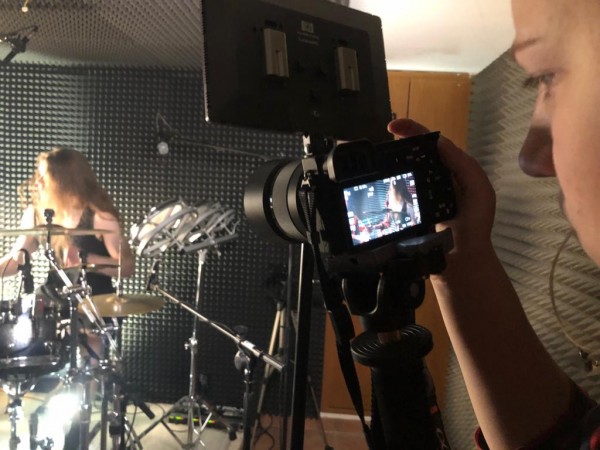 The Very End are currently working on their first drum playthrough video. The video will show TVE-drummer Jerome Reil playing through the song ‘Splinters’ from the album ‘Turn off the world’.

For the videoshoot The Very End prepared a backing track, that was based on the original studio recordings from 2012 without the original drum recordings. Jerome’s playing was recorded during the video shoot in the Decaptacon headquarter. So the final drum playthrough video will include a studio mix of the original record with new recorded studio drums.

The original ‘Turn off the world‘ studio recording of Splinters had been played by Daniel Zeman in 2012. Jerome’s new interpretation reflects the current live version of the song. The video will be realized by Social Media Konzepte, the online agency of The Very End’s guitarist René Bogdanski. A release date is still not available. So stay tuned!