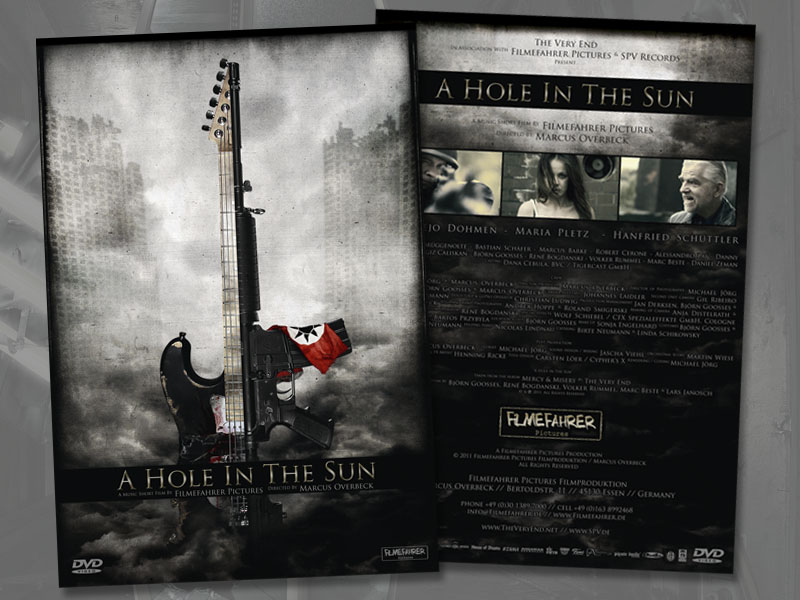 DVD: A Hole In The Sun

THE VERY END’s first official video “A Hole In The Sun” taken from the album “MERCY & MISERY” (Steamhammer/SPV) released in January 2011. The official DVD was limited to 1.000 pieces and contained some exclusive behind the scenes footage. In the meantime it is sold out. The main clip is still available on The Very End’s official YouTube channel.