The song ‘Keine Option’ is a statement against racism and and intolerance and all forms of discrimination. The group of Ruhr area rock and metal vocalist teamed up under the flag “Ruhrpott Rebellen”, that could be translated with “Ruhr area rebels”. Here’s a video statement of the musicians involved: 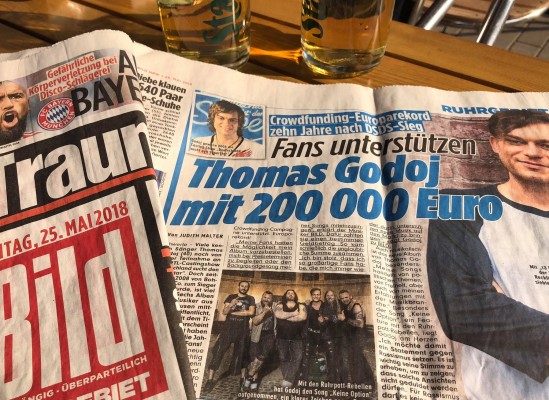 The song originally appears on Thomas Godoj’s new album “13 Pfeile”. This album had been financed by crowdfunding. The whole crowdfunding campaign was with 200.000 € one of the most successful campaign of musicians in Europe, as Germany’s biggest newspaper BILD reported. Read the online article here (only in German): https://www.bild.de/bild-plus/regional/ruhrgebiet/thomas-godoj/crowdfunding-rekord-55799132.